Peabody officer arrested, accused of being drunk on duty

A part-time Peabody police officer accused of being drunk on duty was arrested Saturday evening by sheriff’s deputies and stripped of his badge by Peabody’s police chief.

According to Sheriff Jeff Soyez, officer Chad L. Voth summoned deputy Landis Goodman around 7:45 p.m. to help him search a 2019 Chevrolet Silverado that Voth had stopped at Prairie Lawn Rd. and US-50. The truck’s driver was from Wichita.

While searching the vehicle, Goodman smelled alcohol coming from Voth, who according to arrest records is a 49-year-old Hillsboro resident. Salary records also list a Chad L. Voth in 2021 as a lieutenant with the fire department and emergency medical service in Newton. 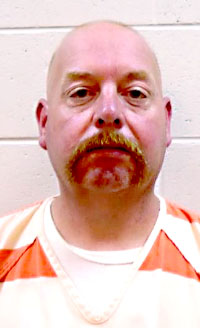 After completing the search, Goodman went to Soyez’s home to tell him what he had observed.

Womochil was on duty in his part-time job as Burns police chief but switched to working in his full-time job as a deputy.

According to Soyez, a breath analyzer registered 0.128, more than 1½ times the 0.080 limit for intoxication under Kansas law.

At that level of intoxication, a drinker feels euphoric but lacks coordination and balance. Motor skills are markedly impaired as are judgment and memory. The drinker probably won’t remember how many drinks he or she has had. Emotions are exaggerated, and some people become loud, aggressive, or belligerent.

Peabody officer Joshua Wilson was called to duty to handle other Peabody matters while Voth’s situation was investigated, and Peabody police chief Bruce Burke joined Voth and the deputies at the police station,

“(Burke) apologized to us for having to do it but agreed with the arrest,” Soyez said.

Deputies already had taken Voth’s gun. Having a gun while intoxicated is a crime.

Voth formally was arrested by Goodman at 9:41 p.m. and taken to jail on suspicion of driving under the influence and criminal possession of a firearm.

As a precaution, windows on Voth’s cell were covered so other inmates would not see him.

Deputies spoke to a bondsman already at the jail about bonding out Voth.

Voth was in jail less than an hour and was released on a $2,500 surety bond.

Goodman, who has been a deputy less than a year, did good work with the situation, Soyez said.

Just the night before, he said, he and his deputies had discussed how to handle a scenario of encountering an officer involved in a crime.

In answer to a question from Goodman that night, Soyez said he told his deputies he wanted them to do their jobs.